5G has been one of the most heavily publicized and will be the most widely used technological advancements of the past few years. You have heard of futuristic use cases like roads with many cars but no drivers. Remote robotic surgeries. Smart everything. The metaverse. But with all those things still at least several years away, there might be some questions about whether organizations need mobile 5G capability just yet. These questions might come up at the next opportunity to purchase new or upgrade existing rugged laptops or tablets. This article hopes to answer these inquiries and more.

The Cellular Network Game Is Changing

All previous generations of cellular network technology were confined mainly to telecoms delivering these services. Wireless radio frequency (RF) spectrum was tightly regulated, with pieces sold by governments to telecoms and other licensed service providers for billions of dollars.

But in recent years, there’s been a growing general appreciation of the economic benefits of wireless broadband networks. Other benefits include connectivity in fixed and mobile environments and private versus public networks. Individual businesses and governments have had a change of heart about wireless broadband. Most are no longer hoarding and selling RF spectrum like prime real estate. Many are deregulating it to enable individual businesses and organizations to build or lease private 5G networks for their use.

This can have numerous advantages over more orthodox commercial wireless technologies such as WiFi. Greater range. Faster speeds. Less latency. Unspecialized communications terminals (i.e., no more walkie-talkies). Advancements in software-defined networking throughout a 5G infrastructure will allow for subscribing enterprises and agencies to give their mission-critical applications dedicated paths through the network and define their quality of service end-to-end. This technique of carving out dedicated paths is called Network Slicing. This granular application control level will evolve over the next few years as the next flavors of 5G communications are announced.

Suppose your organization is currently in the market for a rugged tablet or laptop. In that case, the question of “Do we need it to support 5G now, or can it wait?” Well, the average deployment cycle of a rugged product is no less than three years and usually exceeds five years. 5G is here now, and whether or not you need 5G this year, you can be assured that you will want it and most likely need it in 12-18 months. Future-proofing your investment now will be your least expensive and less invasive decision looking out over your deployment period.

Getac sees the following circumstances as most likely driving such a decision.

People may have heard about the blazing throughput (10Gbps) claims and extremely dense deployments (1 million per square km) that 5G will eventually achieve. However, those astounding numbers still represent the future more than the present. The one area where 5G is already living up to its promise is latency, and improvements are still forthcoming.

Latency, in simple terms, is lag time. And 5G today is already capable of eliminating the majority of this lag time from mobile communications. 5G can enable near real-time remote synchronization across the entire organization. Users can see and hear everything in near real-time. User responses can reach every connected party with no perceptible delay. There are many instances where this can make a real difference regardless of the industry.

Data transmission rates and ultra-low latencies of 5G technology enable real-time “synchronization” with and monitoring of remote locations in a way that was not previously possible. Wireless sensor data and video feeds can be accurate for a second or less. This will enable improved coordination and collaboration between HQ and onsite personnel. It can also improve remote assessment of any problems, disruptions, or alarms that may occur.

Cloud computing proved revolutionary, but it eventually proved too slow in many instances because of lag times and wait times. Edge computing was the next step, but even that can be a little slow, especially if the user and their terminals are remote, like a mine or an oil field. But 5G can eliminate these issues, enabling edge computing to live up to its promise and faster Cloud capabilities. Imagine several sensors at a remote site start sending out alarms simultaneously or near-simultaneously. In that case, edge computing can analyze the minuscule time differences to determine a likely point of origin, for example. Moving computational tasks to the network edge reduces the back and forth between sensors and controllers in an enterprise control center thousands of miles away. This reduces latency and gets users one step closer to real-time monitoring.

The Future is Augmented Reality (AR)

The ultra-low latencies of 5G in the flavor of the Ultra-wideband also put widespread wireless Augmented Reality (AR) within reach. Soon, this might take the form of a hardhat with a face shield where a digital overlay provides contextual information and relays real-time instructions, and pilot programs are already underway. Until then, AR is more likely to live inside your rugged tablet. Some exciting leading-edge use cases in the armed forces and public safety is to have the integration of intelligence collected from social media feeds or insight from ground forces on target movement or the intent thereof. Users can import and electronically overlay this information on mapping data to create 3D visibility of what might happen by running various scenarios giving our freedom fighters and agencies the tools they need to perform their missions.

The Future is Advanced Robotics

Workers can use advanced robots to both maximize efficiency and minimize risk. With 5G, coupled with edge computing, workers can send a drone with a camera in response to an alarm and reach a remote drilling site much faster than a person can. The distant shifting aerial view 5G provides can give users a better overall picture of a fire or other emergencies than onsite cameras. Such use of robots minimizes the risk of surprise when first responders arrive.

Organizations can also use robots to minimize the number of personnel put in harm’s way in warehouses, freight terminals, and other logistics hubs. Areas where mobile forklifts and other heavy machines could be considered a significant health hazard. Moreover, pressures brought by the current and potential future pandemics create a greater need to automate operations onsite so field workers can do the job safely and without interruptions.

Many first responders and utilities use different communication systems. If personnel from these departments want to talk to each other during an emergency, they must carry multiple walkie-talkies, which is hardly practical. In today’s 5G networks, workers can use one network within their agencies and supporting agencies/companies accomplishing near real-time communications, AR and situational awareness, and a unified Push-To-Talk (PTT) across the hybrid domain users. There is also an added benefit of more accessible communication and coordination with civilians (since they share the same network technology).

Network technologies are proliferating, mainly in the wake of the Internet of Things (IoT). These include Narrowband IoT, Bluetooth, older low-power WiFi standards, and various proprietary standards. The more technologies used, the more unruly everything becomes. 5G can be the one network that consolidates these. There are also fewer worries for personnel not having the technical understanding to manage 5G.

Organizations with private cellular networks using 4G-LTE with some networks (depending on the vendor) can upgrade to 5G with nothing more than a software update. If they cannot easily upgrade, the leap to 5G would not have that much of a learning curve, that is, if their IT experts are already experienced and comfortable with LTE technology.

What Industries Most Likely Need A 5G Rugged Computer?

Even though these industries can be pretty different, they have a similar footprint and exact needs in terms of 5G. All can involve work in very remote locations that make real-time data collection or Cloud or edge computing difficult to achieve using any wireless tech. All also have growing needs for AR, robotics, and remote support.

These organizations face a growing need to coordinate real-time in the field and between the area and headquarters. This means they need a unified communications infrastructure that they can all share. They can easily communicate with civilians to minimize the secondary problems and misinformation in the wake of a disaster or emergency. And they also need to add to that edge capability that can enable automated responses, such as traffic rerouting and automated drone deployment, while allowing more accessible backup network establishment (in case the primary network fails) and telemedicine. 5G can help.

A busy warehouse is a rapidly-changing environment that places great demands on IT. Goods can change locations very rapidly. The forklifts that move these goods are difficult to track precisely and locate. Accidents are common. And there’s a growing need for automation in the wake of the pandemic and because of more general pressures on global supply chains. What’s more, wired networking is often out of the question, while wireless communication is often challenging in a warehouse’s obstruction-filled environment. 5G can help with all of these.

The need for agile manufacturing is ever-growing, with the world increasingly coping with shortages and supply-chain interruptions, but it is also becoming vitally crucial that high-tech manufacturers minimize their technical failures. Any smart manufacturing will depend very heavily on sensors. Nothing currently in existence can relay real-time sensor data faster or more reliably than 5G, especially in scenarios where there are many sensors in very close proximity. And with AR having a more significant role in the R&D that feeds manufacturing, 5G has many roles.

Wireless technologies in the Federal departments of the armed forces and supporting agencies have been rare for the past several years. Recently the DoD CIO approved the testing of advanced wireless technologies to potentially replace existing WiFi and private radio networks that would benefit from higher bandwidth, lower latency, more robust security, and greater reach from single points of presence. Applications that would be focused on are many, but not limited to AR, flight line maintenance, Command and Control, autonomous vehicles, and crewless air vehicles. 5G will take the military’s capabilities to the next level.

There Are No Workarounds

After what you’ve just read, you might be tempted to say, “Can’t I just buy a non-5G rugged device now and put a 5G dongle in it later?” The answer is no, and ruggedness is the reason why. A rugged device must withstand various stresses—drops, impact, water, etc. Add a 5G dongle to a rugged device, and that dongle creates a weak link. If your device gets dropped or impacted, that impacting surface can become a hammer, and the dongle a nail, making integrated 5G the only way to go.

What about upgrading my 4G rugged device to 5G? 5G introduces many spectral efficiencies, bandwidth increases, and latency reductions. Those can only be achieved by upgrading all optimized 5G communications system components. The integrated modems are more extensive, and antenna architectures are more complex. They require many more elements than 4G and do not overlook the carrier requirements and testing that need to be met for 5G performance standards. So, although technically possible, the upgrade path is often more cost-effective and less time-consuming to future-proof your purchase by including 5G now and turning on features as you need.

Learn more about what Getac has available. 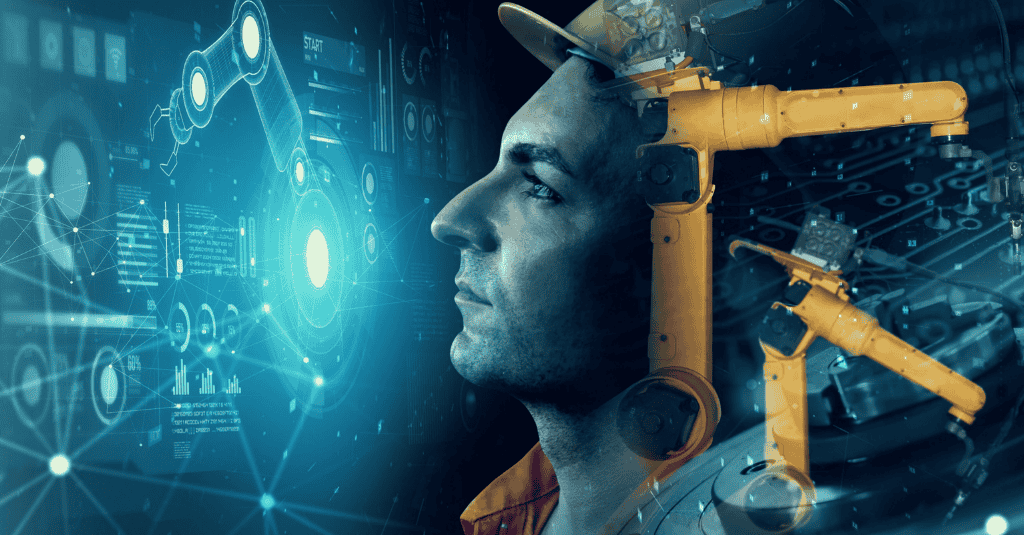 Digital Transformation in the Manufacturing Industry

Like many other industries, the Covid-19 pandemic accelerated digital transformation in the manufacturing sector. Manufacturers had […] 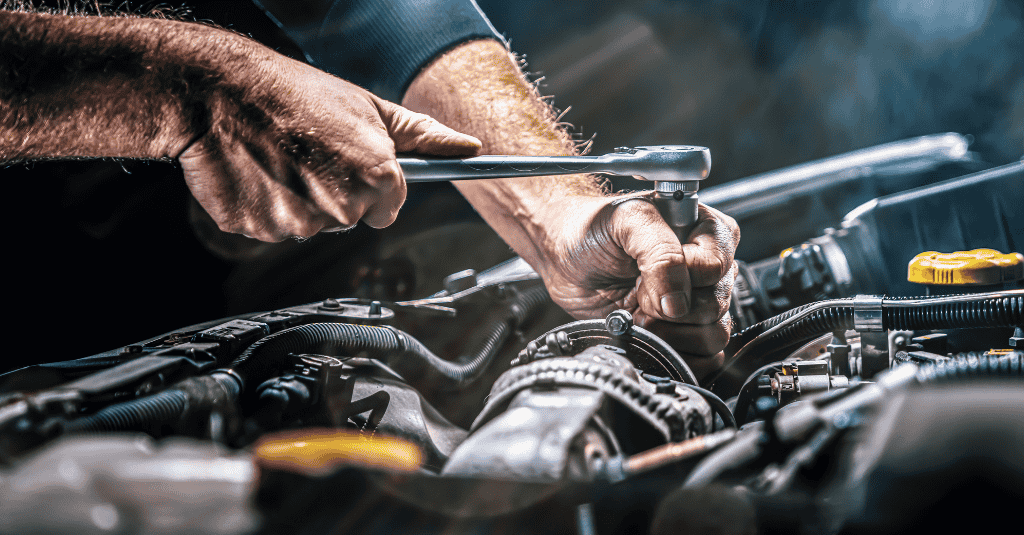 Automotive technology and the IoT enable each other’s development at a breakneck pace. As a result, […] 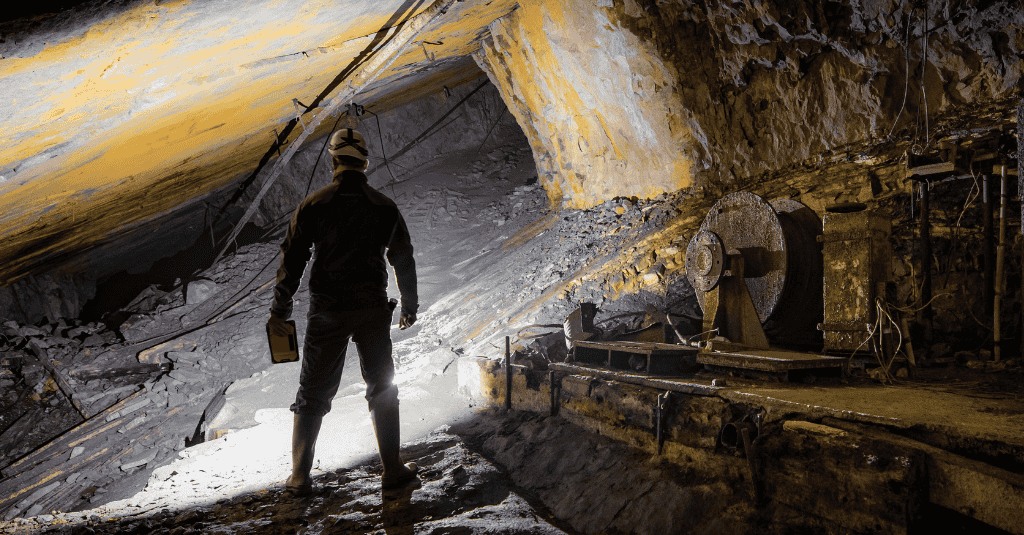