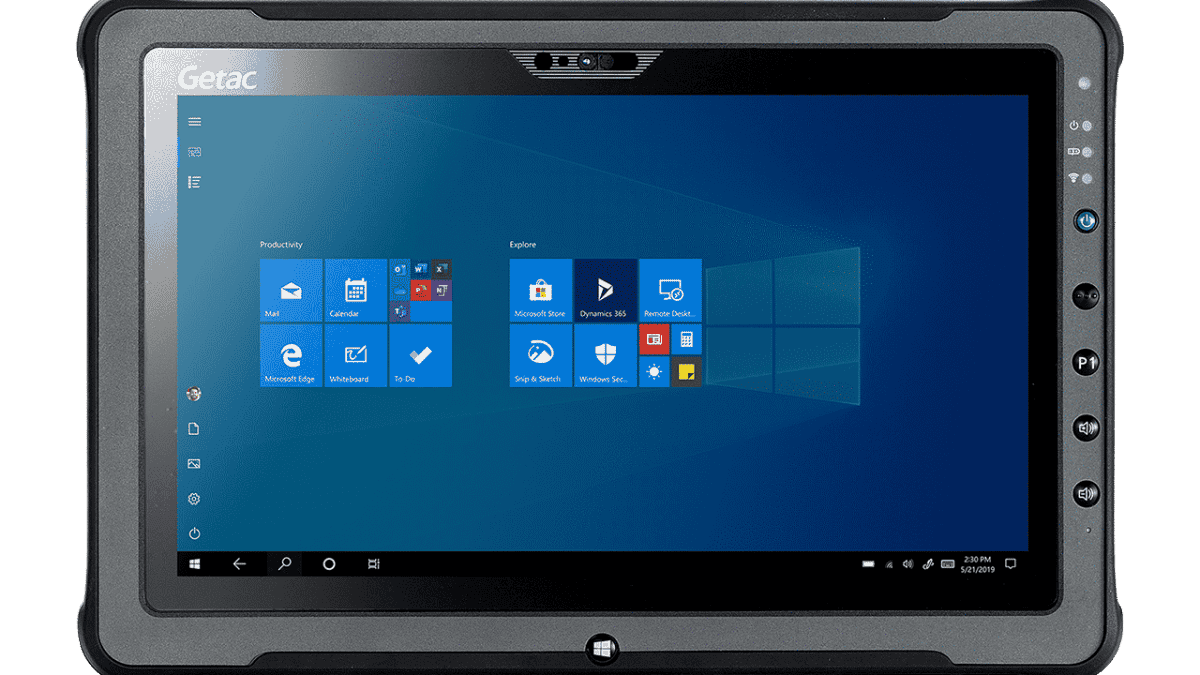 Unless you’re the victim, it’s always at least slightly amusing to see a befuddled and absent-minded returning wanderer survey the vast expanse of an airport parking lot, futilely wave his hands in the air and start yelling “where’s my car, where’s my car”.

When the missing “car” is a railroad freight car lost in the bowels of one of hundreds of privately- and railroad-owned repair shops and depots scattered across tens of thousands of miles of track throughout North America, it’s no laughing matter. It’s a real and very costly problem in an industry where maximizing equipment utilization rates is a priority. A problem magnified by the fact that it may take weeks or even months for the car owner to receive an invoice detailing exactly what services were performed and at what cost.

It’s also a problem that an innovative New Jersey technology company using Getac F110 tablets to “speed read”, process and cost-out data from AEI (Automatic Equipment Identification) tags and barcodes is eliminating for an ever-growing number of freight cars, roughly 83,000 in 2019, and their owners.

The traditional way of determining and pricing what needs to be done on a car “involves a guy with a clipboard literally writing down the car number on a clipboard,” RailIQ (http://www.railiq.com/) owner and founder Adam Boyd says from his offices in a restored circa 1777 storefront in historic Hope, N.J. “Then he goes back to his desk, accesses industry systems and runs that car against all these different systems to find out if there’s any maintenance advisories on it.

“Does it have alerts on it? Does it need an air test?  When was the last time the wheel sets were changed out? Depending on the type of car and the mileage since it was last shopped there can be from under ten to a few dozen federally mandated inspection and service requirements.”

From that point, paper-and-pencil reports on various aspects of the car’s progression through the shop have to be compiled by back office staffers with each element assigned a standardized cost. Finally, an invoice is created and sent to the car owner. It’s no wonder the system is frequently log-jammed, especially since a fair number of the hand-written forms are difficult to interpret.

With the F110 — which boasts Intel® Core™ i7 power, full ruggedization in a thin and light package and a daylight and rainy-night usable LumiBond® 2.0 touchscreen — and RailIQq’s proprietary AEI reader attachment “a worker can position himself anywhere from next to the car to up to 12 feet away, scan the AEI tag even if it’s reversed (which a lot of them are) and load all the data – local and industrywide — right in front of their eyes. They know what needs to be done in literally seconds, which is a huge timesaver and productivity enhancer right there,” Boyd says. “Also, since most of the major components are barcoded now. We can populate a lot of that information on the forms automatically with the F110’s almost unbelievably robust barcode reader.

“That F110 barcode scanner is very high-end, it works in low-light conditions, it works with partially obscured tags, it works when the shop environment is, you know, not necessarily right…when you might not be able to get very close to the code or you might be scanning parts in inventory in a very dark corner of the shop, the F110 reader takes all that in stride.

“Take a wheel set,” he notes “a thing that has to be inspected frequently and swapped out regularly. A wheel set consists of two wheel plates, two bearings and an axle. Sounds simple, but the barcodes on these parts are frequently covered with grease, brake dust, road grime, all kinds of muck that the barcode readers on other ruggedized tablets and laptops just can’t handle.

Other parts the F110 routinely scans and produces work orders and billing reports on include couplers, slack adjusters, side frames, car-cushioning units and brake valves.

“Expensive items, high-value items, recall-type items and you can read all of them with our reader,” Boyd explains. “Typically it works like this for the guys in the field, they scan the car and an alert pops up that says they have to change a wheel. They click on that alert, they scan the barcodes on the wheel set they’re going to replace and the replacement wheel set, and they save that information and do the work. When they’re done, they click on the boxes necessary to complete the bill and it automatically gets invoiced to the correct car owner. That’s kind of high-level.

“It’s actually more than high level, it’s a quantum leap. It’s going from paper forms and item-by-item researching to ‘I’m doing it all right here in my hands in 30 seconds.’ That is not an incremental gain, It’s like going from the goal line to the 50-yard line in one play.”

“We worked with Getac to develop an integrated carrier board for the AEI scanner but it was just a wee bit too large to be integrated into the F110’s case,” he remembers. “There was also some issue with the FCC and the modding frequencies we used. We kind of hit a dead end. It was going to be extremely expensive to revise the board to fit inside the F110 and because of the FCC issues it might turn out to be extremely expensive but still unusable. So we knew that approach wasn’t going to happen.

“That’s when Getac stepped up and opened their technological bag of tricks, particularly the power and capabilities of the unit’s Pogo USB output pins, for us to work with. Chameleon Design took the factory information and R&D’d the external reader, which has awesome range and is truly outstanding in every other facet of its operation.”

According to Boyd, with that final piece, the external reader, hooked up to an F110 running RailIQ’s proprietary software they finally had a better system than “we could have possibly imagined.” Particularly when compared with the company’s first attempt to launch this type of service.

“We wanted to offer the solution to large organizations, not some leasing company with 10 tank cars or a private car owner with one 100-year-old-sleeper. We were looking to sign up enterprises like Genesee and Wyoming (A regional and shortline holding company with more than 13,000 miles of track in North America, GW is the largest user of the car repair management system.). So we tried another hardware vendor with a similar product which turned out to be inferior in every performance and durability standard important to us and our customers. We kept a few of these out in the field long enough for proof of concept, but the hardware itself was too underpowered and unreliable to be of any use in a real-world environment.

“That’s when Glen and AJ found us, or maybe we found them. Either way they came out and did a product showcase of a number of different units, but the F110 was definitely the star of the show. It was without a doubt not only the most powerful but the most versatile of the lot. It could be a tablet, it could be a standalone computer, a desktop with the docking station, it could be a laptop with the keyboard attachment.

“All these options combined with our tag reader, Getac’s barcode scanner and the built-in over-the-air modem was just the right package. This is not just a ruggedized tablet, this is a ruggedized tablet with all the performance of an ultra notebook’s power behind it. The F110 has so far met or exceeded the requirements of each of our customers’ user scenarios without a single failure. Its ability to handle inclement weather, bad lighting and accidental drops to concrete shop floors have resulted in 100 percent positive feedback from our users. Its mix and match capabilities with keyboard and docking station attachments makes customers feel good. It tells them they can use it in whatever way works best for them, that we’re not trying to pigeonhole them by saying ‘this is how it’s going to be.’

“From my personal perspective though,” Boyd concluded, “the key thing was how Glen and AJ pointed us in the right direction. How they were rooting for us to succeed and did everything in their power to make that happen. Frankly, I’m still in a kind of ‘pinch-me’ mode. Being able to build something this powerful, this productive, this absolutely needed by a major industry in so short a time still feels like a dream.

“But the reality of the accomplishment, however, has a lot to do with how easy it was to work with Getac.”