Global natural disasters have increased more than ten times from 1960 to 2019, quantifying a trend many people have observed. During this period, the number of natural hazards exploded from 39 to 396 events per year. In addition to the tragic loss of human life, these events carry billion-dollar economic losses that local and federal governments must cover. As a result, regions feel the effects of even one catastrophic climate event long after it ends.

Extreme weather events are the primary driver of the surge in natural disasters. Two other global macro trends that raise the frequency of extreme weather impacting humans are urbanization and living near the coast. As humans continue to live in larger groups, increasing energy usage and human-caused temperature increase aggressively with population growth.

These shifts also lead to new natural disaster trends, to which a rapid response is essential. Before defining how to react to a natural disaster effectively, reviewing the various types of high-impact weather events is beneficial. It is also valuable to describe regions where every kind of event occurs, and how each affects the people and society who reside there.

What Are Natural Disasters?

The term “natural disaster” refers simply to severe weather and natural events above historical norms. These events include single and multi-hazards across the temperature and precipitation spectrum. Natural disasters include wildfires and drought, severe thunderstorms, hail and tornadoes, tropical cyclones, floods and landslides, winter storms, and hurricanes.

The increased frequency of wildfires indicates climate change. In the United States, the southwest and western areas are most susceptible to these incidents. This is due to high temperatures and lower relative precipitation amounts compared to other regions.

The lowest average rainfall occurs in Nevada, with states like Arizona, New Mexico, Colorado, and California present among the driest 15 states, which all reside west of the Mississippi River. These states also have some of the highest average temperatures, paced by Death Valley, CA, creating the ideal scenario for fires to rage.

While dry, hot climates promote wildfire development, collisions between dry, cold air masses and warm, moist ones elevate atmospheric energy and create severe thunderstorms. These phenomena are also most common in North America, with the US and Canada experiencing the most and next-most of these hazards. Cool, dry Canadian air comes in contact with warm, moist air from the Gulf of Mexico over the Central Plains. These do not have topological features (like mountains) to counteract rapid air movements.

When the warm air updraft and cold air downdraft air masses rotate when coming together, it is called a supercell thunderstorm. These events lead to lightning, hail, strong winds, and flash flooding. Wind shear occurs if these air currents move at different speeds or directions at various distances from the ground. If the wind shear is strong enough to reach the ground, the spinning air near the surface causes a tornado.

Hurricanes are collections of these thunderstorms stemming from warm ocean water with low-altitude wind shear. One hurricane can contain multiple tornadoes and has wind energy on par with the total capacity of global electricity generation.

Floods can result from prolonged periods of extreme rainfall or rapid melting of ice and snow. In addition, climate change is worsening the frequency and intensity of floods through rising global temperatures. Higher temperatures increase the rate of evaporation and cloud formation and enable air to hold more moisture. These rising temperatures also accelerate the polar ice cap melting, adding to ocean water levels and further fueling extreme weather.

Because humidity and proximity to moisture are critical to flooding, areas along the coast have a higher risk of flooding. The Asia-Pacific region is closest to the ocean with a high population density. It is logical that the region has the most population exposed to flooding risks.

In addition, mountains could curb tornado formation. They also promote landslides in areas of steep terrain like the mountains of Asia, Central, and South America.

While a warming world may seem to decrease winter natural disasters, warming air still increases the atmospheric energy able to produce heavy snow. In addition, warming Arctic air can destabilize the polar vortex due to sudden stratospheric warming, driving frigid polar air south. This trend is especially pervasive in the US.

Extreme weather like those described above has wide-reaching impacts. For example, global climate-related deaths averaged over 500,0000 in the 1920s. These were between 40,000-80,000 deaths per year in the decade ending in 2019.

Still, tens of thousands lose their lives yearly, and cleanup costs billions. For example, in the US, natural disaster cleanup cost the government $152.6 billion in 2021, representing 0.66% of its entire 2021 GDP.

For example, many people affected by a weather event leave their homes for a period, some permanently. And infrastructure damage, power loss, and business building destruction can disrupt economic activity, leading to a local recession. All of these events challenge utility access and public safety and security.

The Role of Rugged Devices in Natural Disaster Trends

By design, rugged devices can withstand harsh climates and extreme temperatures. They are durable, long-living, and portable. This equipment is compatible with major operating systems, putting the power of 5G at the center of a disaster zone – instantly.

In addition, rugged devices are cost-effective, offering a low entry barrier to developing regions worldwide. A prime example of this type of device is the ATT FirstNet certified rugged computer. This is one of the most comprehensive technologies in the rugged industry. Implementing the FirstNet certification network offers first responders guaranteed priority and preemption when they’re needed.

Rugged tablets like the Getac A140 benefit first responders by providing real-time data, saving precious seconds. They can track resources, coordinate response efforts, and provide connection during a climate event’s critical first moments. Additional rugged tools vital during natural disaster response include the B360 rugged computer and the X500 & X600 rugged command center servers. In addition, these devices deliver performance and mounting flexibility to put the internet where responders need it during a rescue.

For example, first responders who know the location of supplies or reinforcements can influence their work in the event of a disaster. Or, handing the response team a satellite picture of a potential burn zone may impact how they protect the land during a wildfire. First responders who can alert backup response personnel and send preliminary images are some of the ways rugged devices can be of help.

Recent natural disaster trends extremely affect developing countries and are often erratic. While the world works on ways to prevent and mitigate disaster losses, the number of deaths is sharply decreasing despite the events’ growing frequency and severity.

Rugged devices are critical tools that first responders use to provide instant information and communication when addressing natural disaster trends. Furthermore, data collection and analysis advancements enable public safety officials to begin to predict natural disasters before they occur. Technologies such as seismograph readings and warning systems alert them to the potential of an earthquake.

Getac offers a comprehensive warranty and bumper-to-bumper support in addition to software for device monitoring, virtual GPS, and driving safety.

Visit Getac Select to learn more about rugged devices for natural disaster trends response. There is also additional information for convenient pre-configured devices, simplified procurement, and peace of mind. Partnering with the user team makes it easy for first responders to add the transformational features of rugged devices to their emergency response effort. 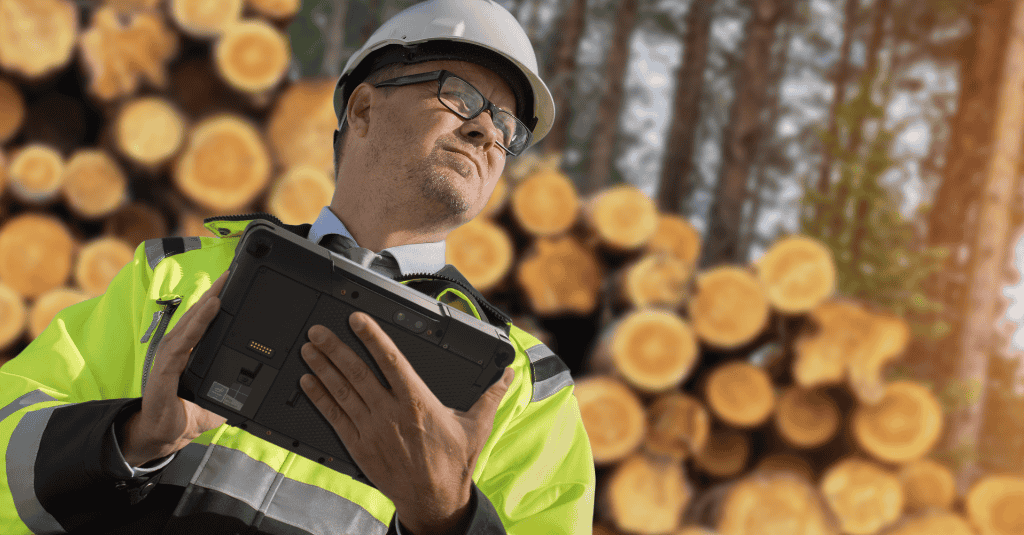 Understanding Vegetation Management and its Impact on Utilities 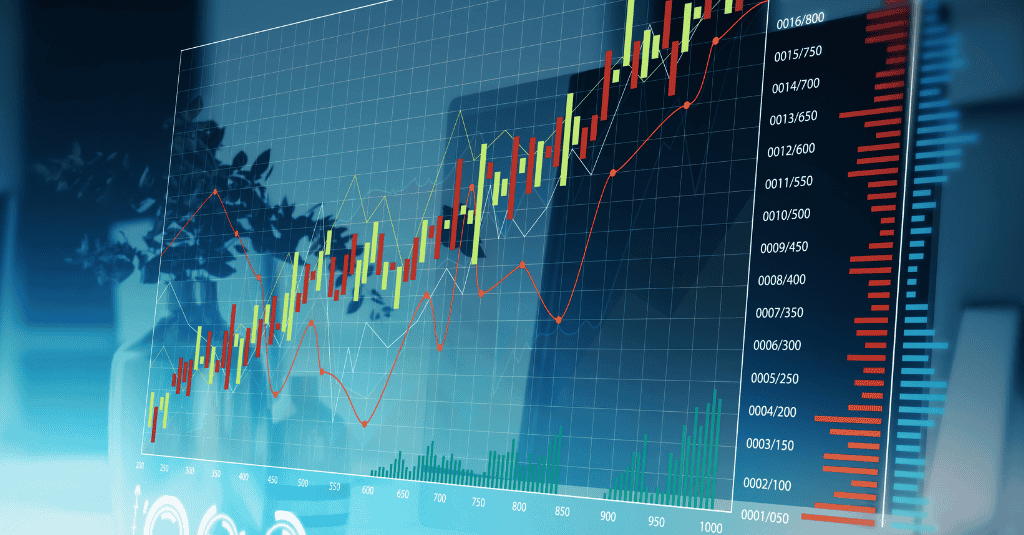 Post-Pandemic Workplace Trends and their Impact on Frontline Workers

Since the pandemic, many employees can work from home. Those who work with machines or deliver […] 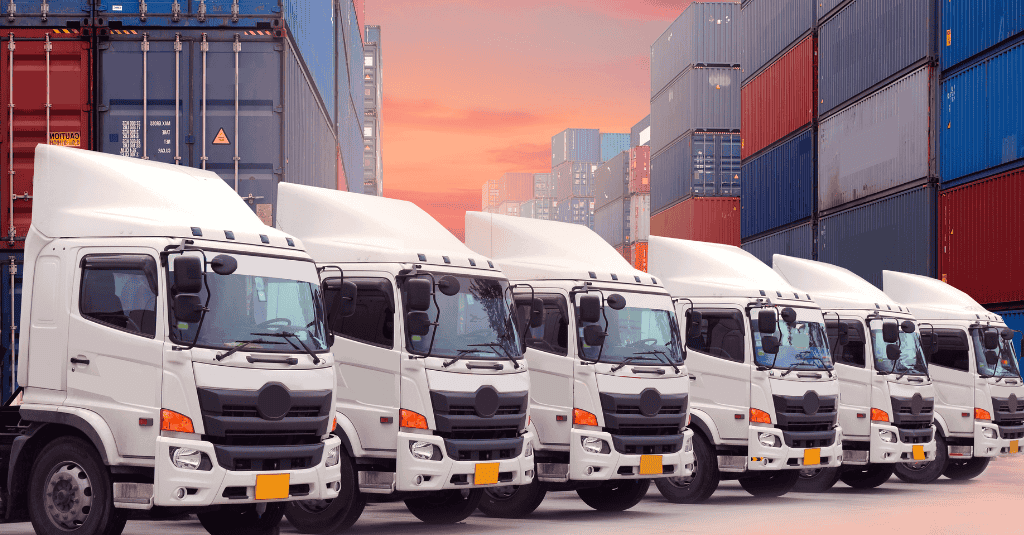 Commercial vehicle fleets are a popular tool for doing business, from transportation and trucking to school […]