A device’s screen quality is one of the most important elements of the perceived comfort and enjoyment of its usage, especially if it’s a touchscreen. But if your business has never used rugged computers before, touchscreen quality might not be the first or even the second thing you consider when contemplating a purchase. However, it’s really very important – for three reasons.

One, rugged devices are meant to be used outside, so their screens must be bright enough to read under sunlight. If they’re not, what you’ll see will effectively be a black screen, rendering this technological investment near useless under sunlight. Two, a touchscreen must be usable under the rain for the same reason and water-resistant in other instances in line with a device’s overall water tolerance rating.

And three, rugged devices are built to withstand impact, vibration, and other forms of abuse. If a touchscreen is cracked, unlike a crack on some other part of the chassis, the effect is much more likely to exceed being cosmetic. The screen’s responsiveness to touch might be compromised, as might its tolerances for water (which your fingers always provide), dust (which screens attract when operating), and other forms of stress.

Take these reasons together, and touchscreen quality becomes absolutely vital to getting the most out of your rugged device investment, which is why Getac, a dedicated rugged device specialist, has gone to great lengths to engineer a technology that provides a rugged touchscreen without equal – LumiBond® 2.0.

LumiBond® 2.0 is a Getac proprietary technology that enhances rugged touchscreen capabilities in a variety of ways through unique design and engineering. In addition to enabling the brightest display on the rugged device market (up to 1,500 nits), it offers superior contrast, color saturation, color accuracy, and viewing angle, and enhanced moisture resistance, including resistance to screen condensation at low temperatures, while also enhancing resistance to various other forces majeure.

To understand how LumiBond® 2.0 works, one must first understand the screen design. Most rugged displays are comprised of two functional layers of glass, the touchscreen layer on the outside, and the LCD backlight layer on the inside, with an air gap between them. But the LumiBond® 2.0 design eliminates this air gap, by optically bonding the touchscreen and LCD layers together using a clear resin, creating what is, functionally, a single layer of glass. It’s the only rugged touchscreen on the market designed this way, and it provides a variety of benefits.

By eliminating the air gap, LumiBond® 2.0 fuses two thin layers of glass into a single thicker layer, with an internal structure, and resulting strength benefits, akin to what you see with armored glass. Drops can be tolerated from three to six feet high, as can extreme operational temperatures, from -30oC to 50oC or higher. The screen can also be used on vibrating surfaces, while tolerating other forms of abuse such as impacts and collisions, with doors, tools, and even rocks, enabling a rugged device usage experience where you need not take any extra measures just to protect the screen.

Rugged devices are meant to operate in temperatures as cold as -30oC (-22oF), but screen condensation can happen in cold weather when moist air comes into contact with cold glass. Water on a touchscreen can be problematic because water is conductive, as are your fingertips, so its presence can make a screen “think” it’s being touched when it actually isn’t. But LumiBond® 2.0 has two different measures in place for dealing with this.

One, it can alter the screen’s sensitivity to touch in the presence of water, reducing the likelihood of a false-positive. In technical terms, it does this by switching from mutual-capacitive to self-capacitive mode. A further benefit of this modulation is the easy use of your touchscreen with gloves, which require a much more sensitive screen than required for finger-touch because gloves hinder conductance.

And two, the elimination of the aforementioned air gap minimizes screen condensation in cold weather, keeping the screen glass warmer by minimizing the space inside the device that cold air might slip into, while making it easier to transmit heat from the device interior to the touchscreen surface at the same time, enabling your Getac device to perform as intended, and as rated.

LumiBond® 2.0 offers a picture quality that excels, in every major visual category, including brightness, contrast, color accuracy, and viewing angle. Two unique design elements form the foundation of this. One is the backlight itself, which is engineered by Getac to be brighter than competing backlights, but without the usual power consumption tradeoffs that a brighter LCD would entail.

A high-contrast image means the blacks on a screen are actually black, instead of dark gray, making the darker parts of a screen stand out more while making both brights and darks easier to distinguish. This makes text easier to read under sunlight, while also enabling you to see details in the darker parts of images, such as a live video stream from a colleague working underground. If a screen is low-contrast, darker parts of such an image will blur together into a sort of murky gray, with details lost. If a screen is high-contrast, more details in the dark will emerge, so higher is better.

The minimized reflections of the LumiBond® 2.0 design keep blacks pure, by minimizing the amount of externally-generated light, such as sunlight, being reflected at the viewer by the screen. The image generated by the backlight, and only the image generated by the backlight, whether bright or black, is what reaches your eyes, with very little interference by other light sources (more on this later).

And with less sunlight reflecting at your eyes, the colors generated by the backlight stay pure, instead of exhibiting the yellowish tint that often happens when reflected sunlight contaminates what you see. This more true-to-life color accuracy comes in handy when displaying images and video, and even more so during remote collaboration activities. With the differences minimized between what you see on your screen and what someone else is seeing onsite, what you see is what you get.

Viewing angle is a common concern with certain types of televisions, as the perceived brightness and contrast ratio of a display can actually dim if you are viewing it from an oblique angle as opposed to straight ahead. But with touchscreen devices, one might not intuitively consider viewing angles when making a purchase, because typically we imagine ourselves using them at arm’s length.

But rugged touchscreen devices are not always used this way. A rugged tablet displaying a building’s blueprints might be held by the chief of the fire department while briefing the team, huddled all around, all needing to see the screen. In another example, a rugged laptop might be mounted in a fixed position in a machine shop while you hold a video conference, carrying out various other tasks around the room at the same time.

Brightness is the most critical factor to a screen’s usefulness outdoors. The perceived brightness of any light source depends on the brightness of the light sources around it. This is why you can turn a screen’s brightness down to only a few percent and still read it in a darkened room while having to turn it up to near 100% in daylight.

Rugged devices are built specifically to be used under direct sunlight. And the brighter a screen can get, the more comfortably it can be seen and read under the sun. The average consumer-grade laptop screen delivers about 200 nits of brightness. But the minimum for comfortable viewing under direct sunlight is 1,000 nits, with LumiBond® 2.0 peaking at 1,500, enabling a daylight viewing experience that doesn’t strain your eyes, and other rugged touchscreens just can’t match.

The aforementioned ultrabright backlight is what powers this, while LumiBond® 2.0’s lack of internal reflections minimizes the percentage of this light that is lost. In terms of relative scale, consumer touchscreens, which are not designed for use under direct sunlight, lose an average of 13.5% of their internally-generated light to reflections. With competing rugged device touchscreens, that number is brought down to single digits. But with LumiBond 2.0®, a mere 0.2% of light is lost to reflections – an unsurpassed number in our industry.

And with the enhanced power efficiency of our specially-engineered backlight, which achieves this without adding any significant weight to the device, LumiBond® 2.0 delivers a brilliant screen experience without tradeoffs.

In the words of RuggedPCreview.com, “The display is very bright, while the various optical treatments cut down the incoming ambient light. That’s important because the ratio between the backlight and reflected incoming light determines the effective contrast ratio, which translates into the real-world outdoor readability of a display. Overall, its sheer brightness precludes the picture from washing out the way it does on lesser screens. Under almost any lighting condition, the display is excellent. This is about as good as it currently gets.”

Combine this industry-leading brightness with all the other aforementioned enhancements to picture quality, abuse tolerances, and environmental tolerances, and Getac customers can be assured a rugged touchscreen without equal.

Some of the technical descriptions and illustrations in this blog of how LumiBond® 2.0 works have been simplified, modified, and approximated for easier comprehension. Please contact your local Getac representative for more details. 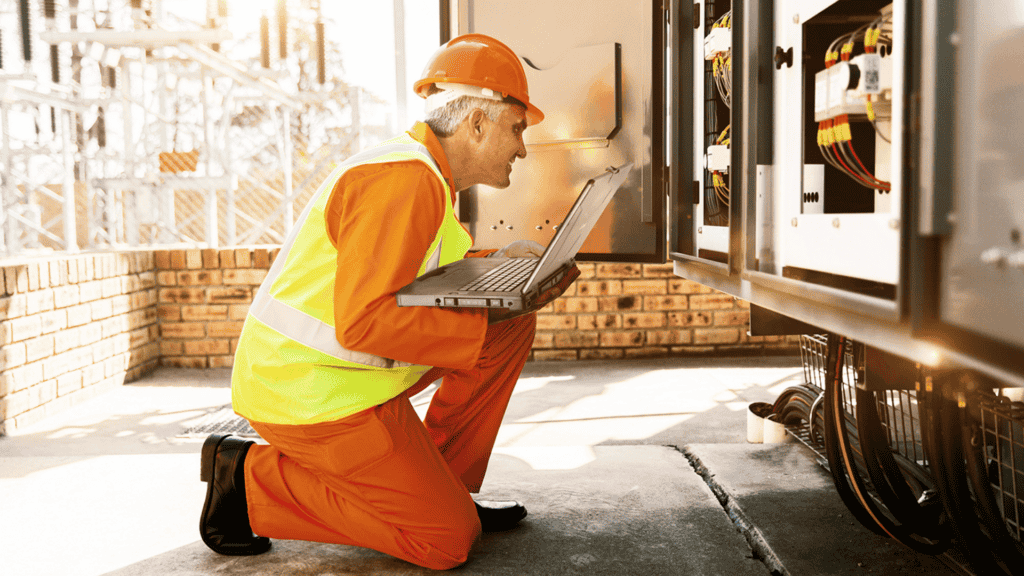 The Complete Guide to Semi-Rugged Laptops

Mission-critical can be a relative term. When it comes to businesses, we often refer to servers […] 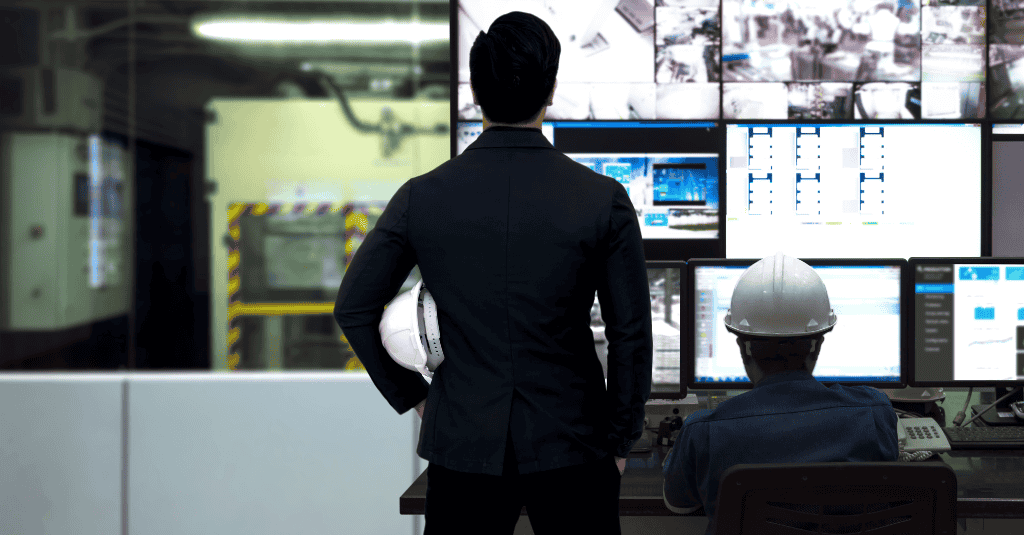 For many organisations, new technology deployment can be a daunting prospect. Not only are there business […] 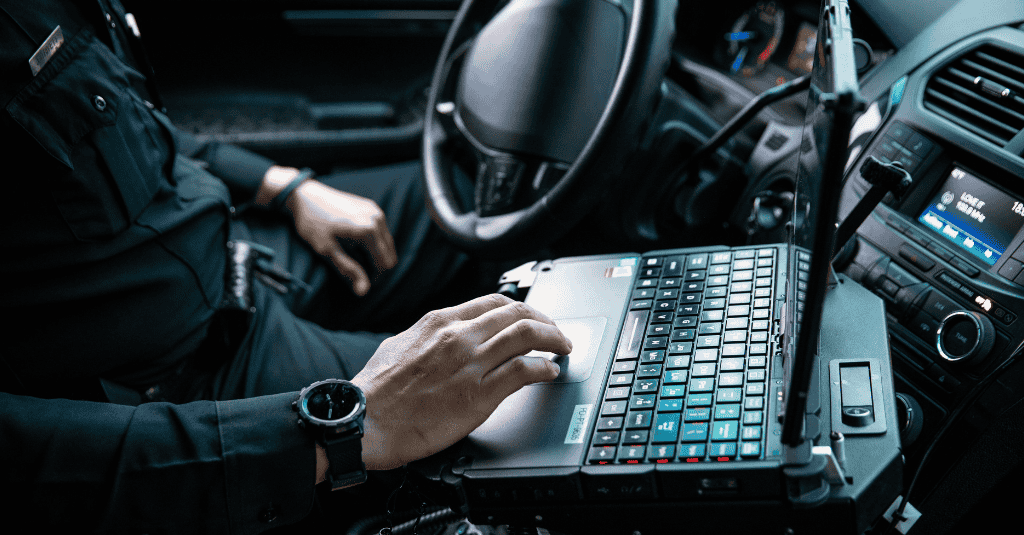 What is a Docking Station, its Purpose, and Why You Need Them