A pioneering explorer is putting technology to the ultimate test by filming some of the world’s most remote locations, before editing and broadcasting the footage in the field.

Discovery Channel presenter Justin Hall is intent on introducing international audiences to some of the world’s most remote and sometimes hostile environments using an interactive diary, with a view to increasing awareness of tribal communities and the challenges they face.

In doing so, he is working in a range of extreme temperatures and conditions that range from arid heat to intense humidity.

An experienced journalist and TV producer, Hall has been so impressed with the durability of his recording, editing and broadcasting equipment, pivotally a rugged Getac M230N laptop, he has made a separate short film as a tribute to the computer which can be seen here: [Getac Sponsorship Event] 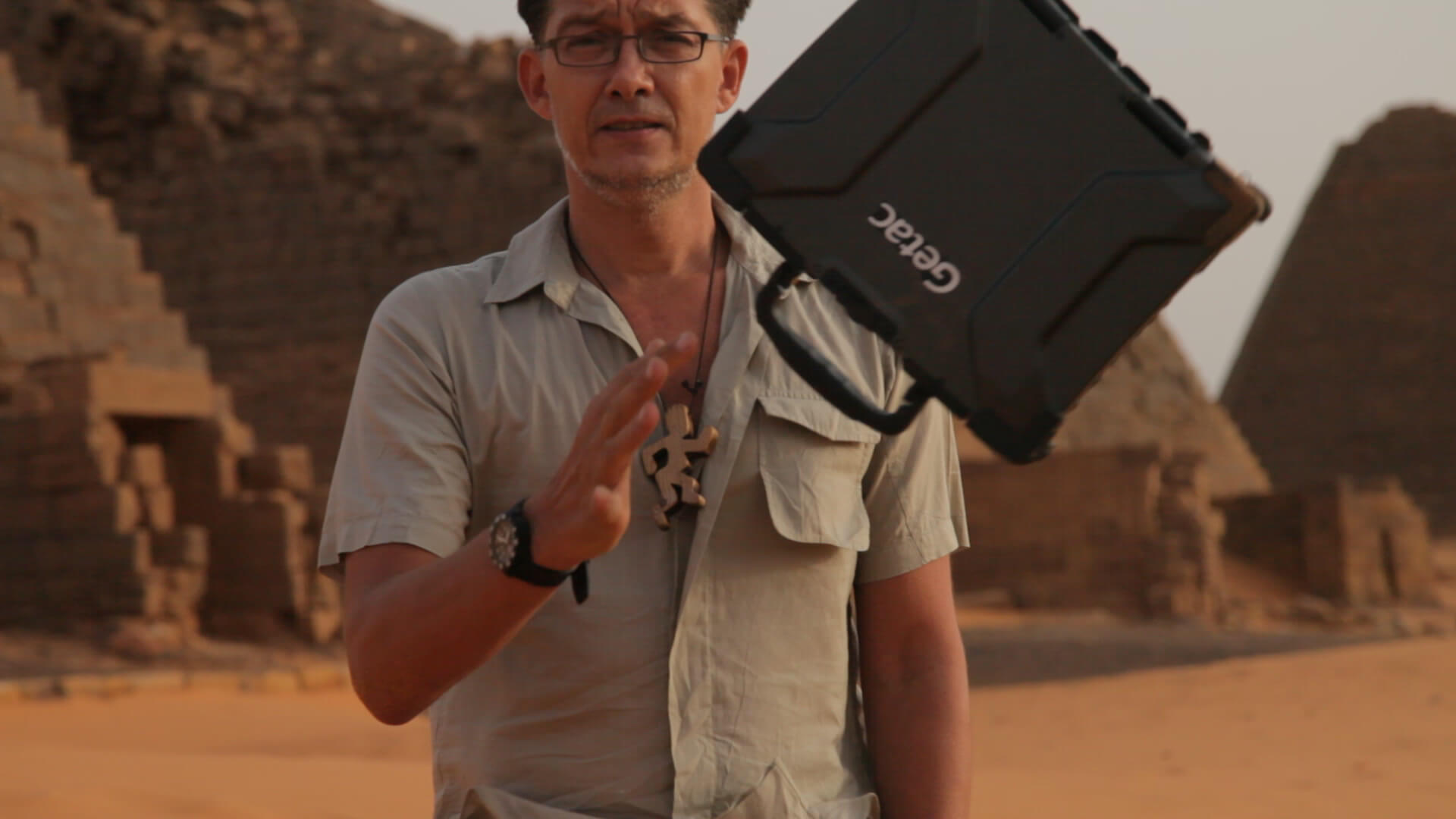 In the remarkable three-and-a-half minute film, which features the spectacular backdrop of Sudan’s Pyramids of Meroe in 47°C heat, Hall demonstrates the machine’s durability by covering it in sand, throwing it on the floor and holding it under a running tap. None of his actions has any effect on the computer’s performance.

Hall said: “Getac has tapped into Action Man’s dreams and come up trumps. From Kabul to Kensington – K2 to W2 – the Getac M230 is a hi-tech, hi-spec, hard-as-nails ‘man bag’ you will not mind being seen with.

“When you set yourself a challenge against the odds it pays to have a system that can take a few kicks. Quite simply Getac products kick back.”

Hall and his co-explorer at RunningmanTV, Jason Hosh, are planning trips to Ecuador and Colombia later this year, where they will again test the mettle of Hall’s Getac, which was modified to 64Bit OS and came with MIL Spec 641F, Duo Core @ 2.8GHz, 4G DDR, shock mounted 320HDD, touch screen, GPS, GSM, running Windows ™ 7.  They also use a Canon 5DMK2 camera and NLE Adobe CS5 Premiere Pro software. 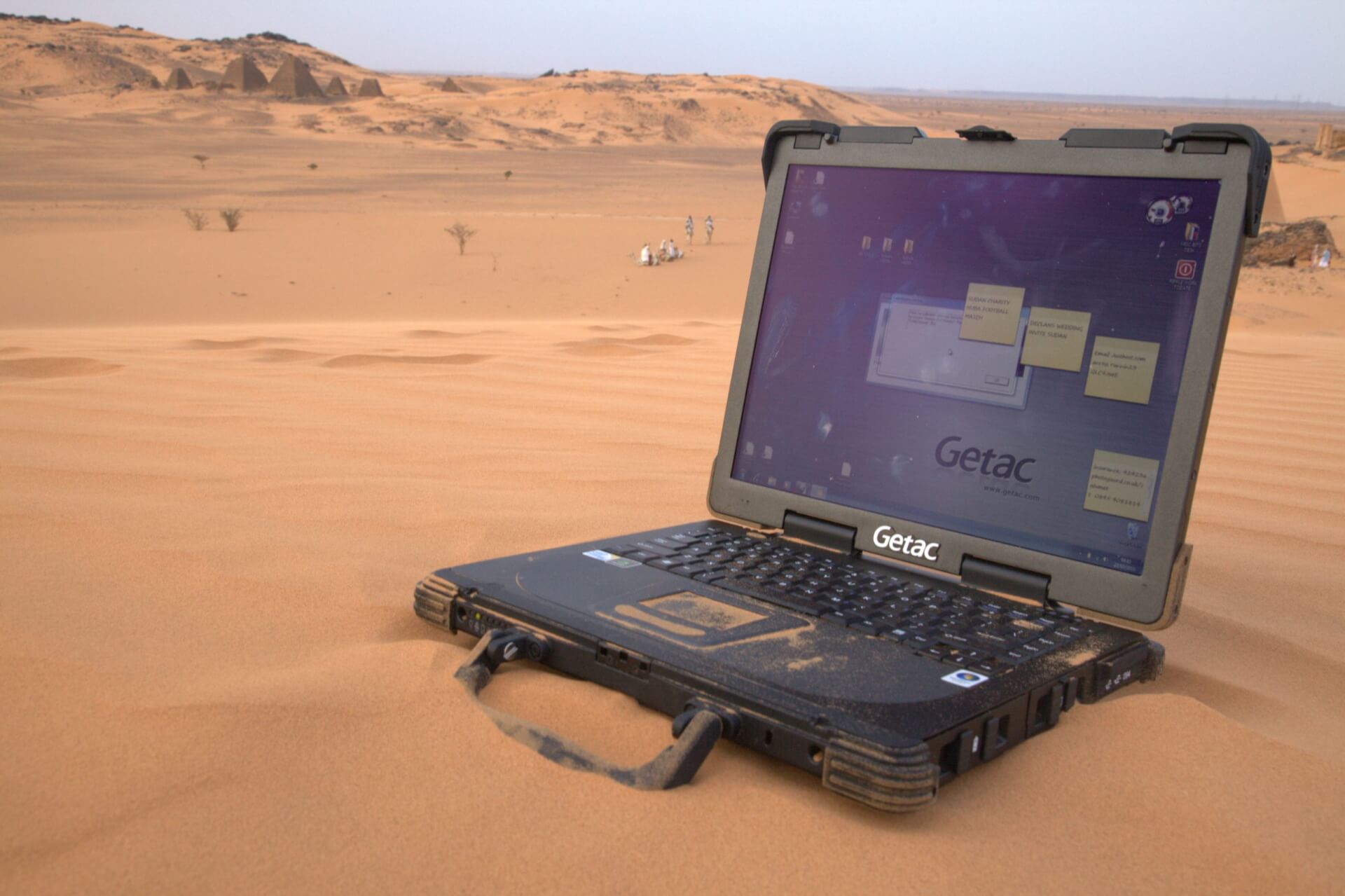 In addition to his film-making, Hall is a speaker for the Royal Geographical Societies Expedition Advisory Panel specialising in advanced in-field communication and a producer for Ripple Effect Media.

He said: “Modern HD edits like those we produce for Discovery, place extremely high demands on computer systems and remarkably the M230N performed above our expectations; producing complex edits with ease. Very impressive.”

Further details on Justin Hall and his expeditions can be found at www.runningman.tv.